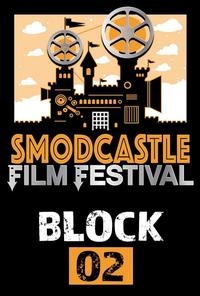 A young and lonely woman's feeling of isolation is deepened after she takes part in a high-profile photoshoot and learns the destructive power of self-image.

Harry, a "down on his luck" middle-aged ride-share driver is reluctantly hired by a 15 year old girl named Liz to transport the remains of her late mother to the beach at Montauk Point, Long Island. Little does Harry know, Liz has an ulterior motive as he is asked to form a criminal pact with his young passenger.

This first feature length film from Long Island, NY natives (and father/daughter filmmaking duo) Michael and Michayla Scully is a passion project in the making since December of 2018. Having been sidelined (and nearly dismantled) by the COVID-19 pandemic, MONTAUK77 found new life in the fall of 2020 and the film was finally shot in the early spring of 2021 after a successful crowd funding campaign on Indiegogo.

Inspired by such films as Leon: The Professional (1994), The Wrestler (2008) and Thunder Road (2018), MONTAUK77 hopes to win the hearts of those who cherish family above all and believe in second chances.

- "Sometimes 'the end' is the perfect place to start."