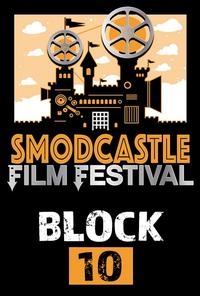 Deep in the snowy hills of Alaska during the early 1990s. A large number of cattle have mysteriously vanished without trace from near a small ski-resort in one of the valleys. Not as much as a single drop of blood left in their wake. The local hunting team lead by DAMIEN'S father is given the task of finding out if a bear lies behind these attacks. The nerdy boy DAMIEN (19) comes for a long line of proud bear hunters but he and his sister Abigail (Abby) have grown up to become animal rights activists who write for the local school paper. They are convinced that the local cattle owner is involved in an insurance scam, placing the blame on a bear. They want to expose this in the local press where Bears are usually portrayed as monsters and perhaps get a job at the local paper in the proses. Damien’s father reluctantly lets his son and his camera join the hunt together with himself and Damiens Uncle. During the hunt a deep fog creeps in around them and they are forced to turn back. With visibility close to zero and the snow falling they are attacked.

Sarah, a runaway teenager in the city of Metropolis, encounters a persistent newspaper reporter named Clark Kent who won't leave her alone until she agrees to an interview for his newspaper column. Ten questions -- that's all he asks. In their moments together, the fragments of her tragic life emerge, but her anger towards superheroes and Superman himself explodes in full force. If he is so great and so powerful, why is the world such a horrible place? Why doesn't he do something about it?

Vanessa is a photojournalist who takes it upon herself to investigate a local disturbance. She quickly finds that there are some things only her camera can see.

In a time when it was still mostly illegal, The Secret Cup was the only cannabis competition that decided an international champion of making concentrate commonly known as hash. We traveled the world going to different places and learning about the local cultures of cannabis. It was about showcasing the finest authentic achievements, forming a family and living an incredible adventure all while avoiding the long arm of the law.