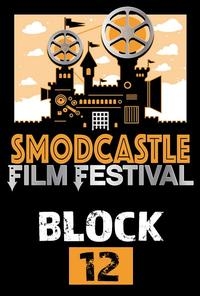 A short film about childhood trauma and masculinity. A young craftwork apprentice accepts a dinner invite from his mentor and finds himself in a strange and uncomfortably intimate situation.

This quirky, black comedy short portrays a day in the life of the iconic gonzo journalist - Hunter S Thompson. His savage humor laced with achingly poignant observations about the human condition make this brilliant writer more relevant than ever... in a world gone awry.

A new mother struggles with the overwhelming task of trusting herself in raising her young son. She finds new strength in the connection with her husband and his gifting her with one last letter from the mother she lost at a young age.

Based on the urban legend, a teenage girl tries to convince the local Sheriff that a mysterious new game cabinet caused her brother to commit suicide.

After his mother unexpectedly dies, comedian Ed Larson (Bumping Mics, Comedy Central's Roasts) goes on a journey across America to find out what led to her death. From insurance companies to predatory banks, to casinos and Donald Trump, Ed and his team show why being poor in America should not be a death sentence.