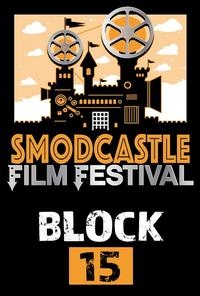 Sam finds himself in a waking nightmare where he's terrorized by the mischievous and maniacal Vox.

Eros, a disgruntled and repugnant street bum, used to be a Cupid. Now however, he spends his days fighting the monotony of his mundane existence and uses his gift of foresight to throw unwanted fortunes at all who pass him by. Then one day, Eros encounters a peculiar young girl named Lily, a lone back-packer who carries with her a rather distinguished camera. Eros is inextricably drawn to her, fascinated by her off-kilter ways and carefree spirit. Soon, he finds himself seeing the world through a new set of eyes and together, the two strangers embark on a journey across the stunning landscapes of England, in search of truth, doctors and yes ... a little bit of love.