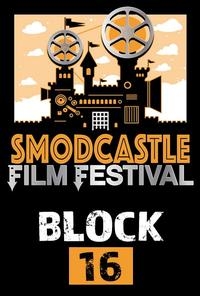 MEET AARON. HE'S STARTING HIS 2ND CAREER AT AGE 65...AS AN ACTOR. WHAT COULD GO WRONG?... A SHORT COMEDY-DRAMA ABOUT LEARNING TO GET OUT OF YOUR OWN HEAD.

Aaron starts his second career at age 65 as an actor, but when he finally manages to land a major role, he discovers he's his own worst enemy as his inner doubts threaten to derail his lifelong dream and his marriage.

OFF THE MENU: "Faced with an unsatisfied client, a perfectionist Italian chef is forced to make a meal he's never made."

OFF THE MENU is a 36-minute narrative film. Available to festivals and programmers is also an abbreviated, 6-minute version titled MORE THAN A MEAL. It features the original short's opening sequence, which tells a story in and of itself.

MORE THAN A MEAL: "An Italian-American chef goes above and beyond to make an exquisite meal."

A filmmaker follows conceptual artist David Greg Harth during the final year of his quixotic, two-decade quest to fill a Bible with celebrity signatures—a project that has consumed him for half of his life.