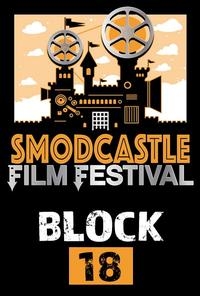 Surrounded by highway traffic sits the unassuming Bendix Diner, owned and operated by John Diakakis. As the blind, single father of three young children who also work at the diner, John attempts to address and overcome his obstacles in order to provide a better life for his family.

Out-of-work game show host Chip Turner has finally found a way to get his big comeback: he'll star in a new reality show where he will live as a homeless person on the streets of New York City.

Maxwell (Richard Hollman) meets a talking sloth (voiced by Jack McBrayer) in his dreams. The chatty sloth wants Maxwell to write him a song, something that can go viral and raise awareness - aka money - to save his habitat. But Maxwell, bitter from the many responsibilities of life and feeling like the window to pursue his passion of music has come and gone, hasn’t picked up his guitar in years. He’s simply been too busy and can still feel his late father’s presence letting him know it’s all a waste of time. But this sloth is persuasive and Maxwell is a good guy deep down and back in waking life he doesn’t want this sloth to die, so he attempts to rally his aloof brother and self-absorbed sister all in an attempt to make some online content to raise cash. Let’s just hope that they can bring in enough money in time before Maxwell’s old ways come crashing in on them and turn what could be a fun, family activity into a giant ball of stress.

Songs for a Sloth is a film about the struggle to be both the person we want to be and the person we feel responsible to be - and about being motivated to realize that it is never too late to pursue one’s dreams. It's also about literal dreams, paintball, digging up dead family pets, spreadsheets, sibling rivalry, texting hats, and fancy banquets. In the end, Maxwell will need to learn from the sloth that getting to your passions slowly is better than not getting to them at all. And don’t be a jerk. He’ll need to learn that too. Well, we all should really.