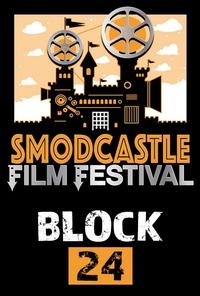 A time traveler tries to save the future. It doesn't go well.

THANK YOU 5 (a fully improvised comedy featuring an ensemble of emerging Chicago-based actors) tells the story of a fictional company of floundering thespians as they attempt to stage a production of 'Prelude to a Tradition,' an original work by playwright and director Kurt McAbbott.

The film begins on the first day of rehearsal and follows the cast through tech rehearsal, dress rehearsal and into the play's opening night as the cast and crew argue, bicker, fall in love, fall out of love, and generally clash while attempting to collaborate.

THANK YOU 5 is a tribute to all of the unsung artists who endure so much, specifically each other, to create something memorable for audiences.

LOGLINE A theater production struggles to survive to opening night, enduring the eccentric personalities of the director, cast members & crew.