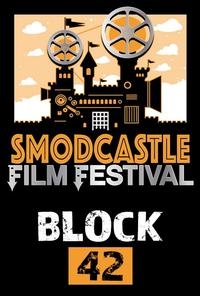 A therapist attempts to navigate a young man's toxic relationship issues with his ex-girlfriend using state-of-the-art virtual reality technology. But is his memory reliable?

After a rough breakup, Charlie Monahan dives headfirst into the world of online dating. Guided by his charismatic best friend, Rufus, Charlie meets the charmingly complicated Maggie Mae. Quickly learning the differences between expectations and reality, Charlie's forced to confront the challenges of maintaining a relationship in the digital age. In an era where everyone's connected, Charlie's never felt more apart.

The world stops spinning for fifteen year old Rudolph Priest when he survives a deadly school shooting. His heart breaks in two when he realizes his best friend, Donny, did not.

Things spiral further out of control when it is revealed that Rudolph’s older brother, Randy, was the man behind the murders, and that their parents will stop at nothing to keep him out of prison.

Now Rudolph must decide for himself whether he will bend to his family’s will, like he always has, or if he will stand up to them, stand by the community that his brother destroyed, and find some sense of justice for the person he loved most in the world.