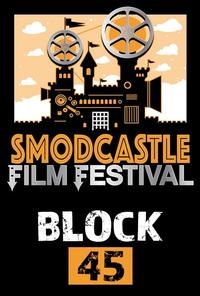 This is a real Spaghetti Western about a brave cowboy, Tony Rigatoni, and his quest to avenge his brother Penne. To do so he must have a showdown with the notorious outlaw Angel Hair.

Ada, a young Mexican girl, and her older sister; Lumi, are orphaned after the murder of their Mother. As “the system” transports the sisters to the temporary orphanage home, Ada starts seeing dark and blurry figures around her. They attempt to warn Ada that she, and her sister, may not be as far from the danger as they might think.

John and Steve have few redeemable qualities. They really would rather do as little as possible and live off of someone else's hard work. Only the opposite sex has a chance to make them change, John's high school sweetheart, Nichole, is back in town for one last class at the university. When they run into each other at school, John makes it his mission to get her back. Meanwhile, when Cindy applies for a job at the movie theater, Steve decides she will be his next conquest. But pretty soon the line is blurred between who is conquering whom. Add in an eccentric sociology professor and a mixed bag full of inappropriate situations and you have Bottom Feeders.