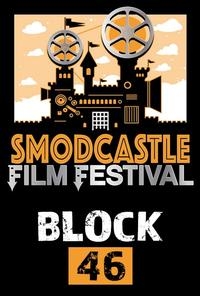 It's been 30 years since the Raven Hair Strangler has last been heard of. When Warren Moore is ill and facing death, an opportunity presents itself to come out of retirement.

Every piece of driftwood has its own journey - its own story. The Driftwood Buddha (Brian Sienkiewicz) and his trusted companion (Gypsy The Dog) breathe new life into what others would see as just lost debris. Brian reflects on his own journey to becoming a driftwood artist and how a single piece of driftwood connects us all in this short documentary.

After her father's death, a young woman's obsessive-compulsive disorder spirals out of control. She enters an intensive therapy program, where she must learn to deal with his death and OCD before it takes over her life.

After a bank heist goes awry, a group of four ex-military thieves find shelter in the woods overnight while en route to the Canadian border. Meanwhile, an invisible malicious spirit begins a hunt...for them.

A freak accident brings the threat of a murder charge, and the necessity for a creative solution.

After giving birth to their child on a beach during the dead of night Sine runs into the darkness leaving her husband Magnus in a state of anguish. Journeying into the past we discover the answers behind Sine’s behaviour and witness the harrowing events that brought her into the realm of the selkie, mythological creatures that take the form of seals known to shed their skin to reveal a human form.