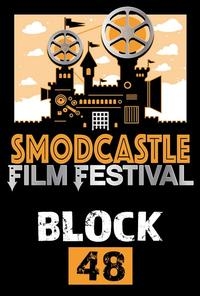 A sports mockumentary about the controversial life of notorious U.S. Ski Team superstar, Rex Chadwick. Through a series of interviews with Rex, family, friends, lovers, and other professional athletes, the story of a sports legend that "could have been" takes shape. From extreme highs, to devastating lows, how can the human spirit rise from the depths of tragedy?

After countless blind dates that have gone poorly, Bernard swears that his next date will be "the one." But could her flaw be too much for him to overcome? Bristled is a hand drawn comedic short film that deals the way we perceive others as well as ourselves.

Behind the Bucket is a documentary following members of the 501st Legion--Star Wars Enthusiasts--showing how they are much more than adults playing dress-up. The 501st are compassionate, charitable, and down to earth people doing what's right for those in need. There's a reason why their motto is "Bad Guys Doing Good".