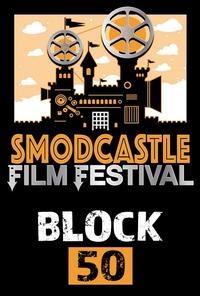 A living room lies empty and still, Alice Meyer abruptly materializes into the room. She knows the sights, sounds, and smells but can’t remember how. Why is she there? And who is the child yelling? Her investigation is hindered by an ominous wrist watch that counts down from one minute. Once the watch hits zero, Alice is transported back to the living room. As the loop continues, Alice begins to realize this is the most important minute of her life. Can Alice change her worst mistake or will she be doomed to forever repeat it?

After running into an ex, contract killer Kurt decides to chase the memory of his old life Kurt is a contract killer that is stuck in a rut and it's made him apathetic. After finishing a job he runs into Emily, an ex girlfriend, and starts to think about the life he used to have. In a hail mary attempt to rekindle his past relationship Kurt decided to leave his job as a hit man knowing the consequences could be lethal.

From the frigid suburbs of Buffalo NY, to his early years living and busking on the streets of San Francisco, to formative experiences with punk band The Nerves and L.A. power pop legends The Plimsouls, to his decades-long solo career, Peter Case has lived a life of constant change, soaring highs and soul-crushing lows. "A Million Miles Away" looks to walk a million miles in Case’s shoes, as he balances his passion for writing and performing with a life that sometimes threatened to spin out of control. He is an under-appreciated treasure whose complicated story is at once tragic and uplifting, heartbreaking and hopeful. 40 years into his musical journey, his artistic calling remains lit by a flame that is still trimmed and burning brightly.