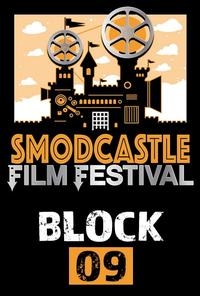 An Israeli soldier suffering from a fatal illness begins to hear a voice in his head claiming to be an alien. The voice offers the soldier a deal - he is willing to heal the soldier, but in return wants the soldier's help with his mission in the Israeli army.

Two Idiots do whatever they can to actually cry just for an audition.

Angie, a high school senior in a small rural town gets accepted to a big college in NYC. Now, she must decide whether to tell her parents about her desire to study music in a big city far away for fear they won't understand.

A woman’s jog through the park reveals a shocking discovery.

The Forbidden Zone is a stop-motion short film about Dumont, a botanist, who has quarantined in an abandoned train station. The world has become saturated by a toxic fog that destroys all life forms and replaces oxygen with poison. He spends his days fighting to survive, as his resources quickly dwindle. On a night when all seems lost, a nymph crashes outside Dumont’s bunker. In a sudden act of bravery, he dons his final tank of oxygen and leaves the safety of the station. Gathering the wounded Nymph in his arms, Dumont risks his life to return the glowing creature to the peak of the red mountain. In his quest to save his new charge, Dumont risks his life and, in doing so, discovers hope beyond the fog.

Angie and her team of misfits at Broken Skis Brewery work to cover their tracks after accidentally killing an intruder.