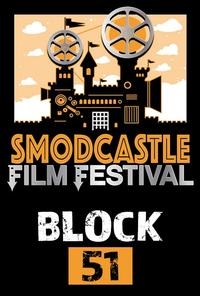 The journey of a lightning bolt from sky to ground highlights the saying “life flashes before your eyes”.

A group of Urban Exploration YouTubers travel to the infamous town of Slaughter Hill, where an entire town seemingly disappeared overnight.

When a young girl asks her father what the word "f*ck" means, he falls into a feedback loop of explaining its many definitions.

A mockumentary horror-comedy depicting an awkward woman's difficulty being a familiar to vampire plants.

STALLED TREK: THE CITY ON THE EDGE OF FORECLOSURE (18:14)

When Captain Krok and Mr. Spott hop through a stone donut to travel back to 1930 New York City, Krok finds he can't have his fate and Edith, too! Stalled Trek: The City On the Edge of Foreclosure is an Animated Puppet Parody of what many consider to be the greatest Trek of all time.

Love, guns, and secrets. Desperation at its finest.